Alliums to Plant in September

Divide and replant perennial alliums in September (August-October) to increase the size of the patch and get more next year.

Ramps (also known as Wood Leeks or Wild Leeks) are a native woodland perennial, and can be found throughout the eastern-half of the United States, as far west as Oklahoma and as far north as the central and eastern provinces of Canada. 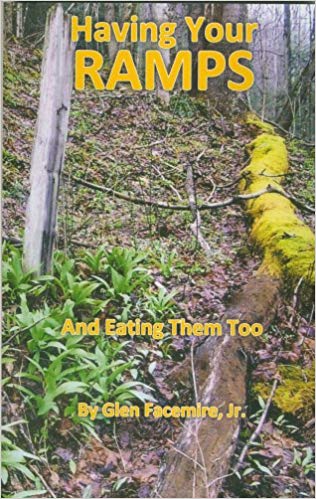 Ramps, (Allium tricoccum) have some of the flavor components of leeks, onions, and garlic. There are projects to re-establish ramps in a number of regions in the Eastern United States.  Carriage House Farm is one such attempt by Grow Appalachia, which is a program of Berea College in Kentucky, Grow Appalachia works with farmers, gardeners, ranchers, and conservationists across a five state area to reintroduce old native and heirloom species of plants.  Ramps is/was one plant in this program. It takes two years for ramp seeds to germinate and another 2-3 years till they hit harvestable levels.

Alliums to harvest in September

Egyptian onions produce tiny red-purple bulbs in the umbel instead of flowers, and were previously named Allium cepa var. proliferum. According to Wikipedia, they are now known to be a hybrid of A. cepa and A. fistulosum.

Japanese bunching onion and Welsh onion (native to China, not Wales) are Allium fistulosum. They are sometimes used as scallions, as are some A. cepa bulbing onions. Young plants of A. fistulosum and A. cepa look very similar, but may be distinguished by their leaves, which are circular in cross-section in A. fistulosum rather than flattened on one side.  A. fistulosum has hollow leaves (fistulosum means “hollow”), scapes and does not develop bulbs – the leaves are the part that is eaten. Welsh onions are also known as cibol, chibbles (in Cornwall), escallion (in Jamaica), negi (in Japan), pa (in Korea), as well as green onions, salad onions, spring onions,. These general last names are also used for other kinds of onions where the leaves are the part eaten.

Other Allium Tasks for September

See Alliums for August for more on all of the following jobs which continue into September:

Before trimming your garlic, I hope you were sure it was fully cured, and you set aside any non-storing bulbs, such as those with damaged cloves, or any over-mature, springing-open bulbs. It usually works to select your seed-stock bulbs at the same time.

Commercially, garlic is stored in the dark at about 32°F (0°C) and 65% humidity, and depending on the species and variety, it may keep six months or more. I have heard that garlic can be stored for up to nine months at 27°F (-2.7°C), but I have not tried that myself. It does not freeze until 21°F (-6°C). Do not store peeled garlic in oil, as garlic is low in acidity and the botulin toxin could grow.

For storage, garlic (like onions) does best with a humidity of 60%–70%. Refrigerators are usually more humid than ideal.

Garlic will sprout if kept in a temperature range of 40–56°F (4.4–13°C), or if it is allowed to get cold then warm. So long as temperatures remain over 56°F (13°C) you can store garlic almost anywhere. You can use an unheated room in your house, a root cellar, garage, etc. Maintain good air circulation. Most varieties store reasona­bly well in a cool room if hung from the ceiling in mesh bags, or spread on shelves in a layer less than 4″ deep.

In our climate, with a long period in the danger zone temperatures of 40–56°F (4.4–13°C), we keep alliums in the warmer storage range (60-70°F (15.5-21°C) or hotter) in a basement until late September or sometime in October when ambient temperatures in the basement drop close to 56ºF (13°C). We then move our eating garlic from the basement to the walk-in refrigerated cooler at 32–41°F (0–5°C), 95–100%. The low shelves in the cooler near the compressor are damper and do not work well. We use the high and dry shelves.

Juggling space for various crops, moving the garlic out of the basement makes space available for the winter squash harvests in September and October. By this time most of the apples from the walk-in cooler have been eaten, and space is available there. Also there is no longer the problem of ethylene emitted by the apples, which causes garlic to sprout. Ideally ripe fruits and garlic would never be in the same storage space.

Softneck garlics store longest. Silverskins store up to 12 months under the best conditions. Most hardnecks last 4-6 months but Music and Chesnok Red can keep 7 months or more here in central Virginia.

We store our seed garlic on a high shelf in the garden shed, at quite variable ambient temperatures, where it does fine until late October or early November when we plant it. Seed garlic does not require long-term storage conditions! The ideal storage conditions for seed garlic are 50-65°F (10-18°C) and 65-70% relative humidity. Storing in a refrigerator is not a good option for seed garlic, as prolonged cool storage results in “witches-brooming” (strange growth shapes), and early maturity (along with lower yields). Storage above 65°F (18°C) results in delayed sprouting and late maturity.