Introduction to Permaculture and Organic Farming and Gardening Workshop 2020

Click the link in the title for all the details. Social distancing and face coverings required.

Here’s another post about the Organic Growers School Agroecolgy Tour I participated in back when we could travel! I feel so fortunate to have made this trip this January. You can read about other parts of this Tour under the Cuban Agriculture category or at these links:

After our initial stay in Havana, we traveled west for three hours to stay a few days in the Viñales Valley in the province of Pinar del Rio. 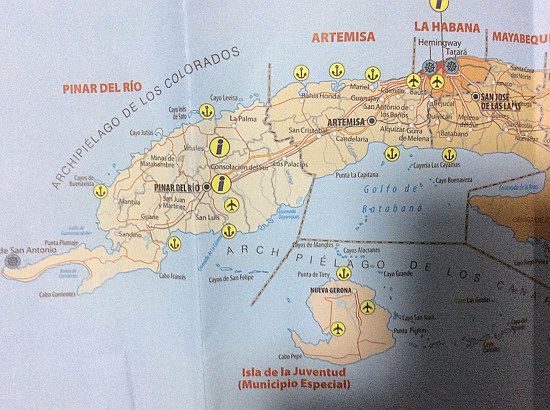 Our day started with an 8 am breakfast at our casa particulare in Viñales. We enjoyed fruit, tea, coffee, juice, cookies, bread, pancakes, cheese sandwiches, and ham. No eggs today.

We took our tour bus to visit the ANAP (National Association of Small Farmers) cooperative agricultural project La Palma. ANAP farmers have less than 67 hectares each. According to Wikipedia, currently ANAP members produce 52% of the vegetables, 67% of the corn, and 85% of the tobacco grown in Cuba.

We met tobacco producers Roberto and Eduardo, who are brothers. Each farm is allowed a certain tobacco quota by the Cuban government. They are growing 40,000 tobacco plants as their quota and another 40,000 using a neighbor’s irrigated land in trade for their use of some dry land. Tobacco needs irrigated land, and their neighbor did not have the other resources to grow a tobacco crop this year. The government agreed to this swap because of the poor state of the national economy.

La Palma also grows vegetables (tomatoes, beans with some interplanted corn plants to protect the beans from pests), and cassava. They use oxen for cultivating the fields. We had some juice, a taste of red mamey fruit (Pouteria sapota), and the chance to buy cigars for $2 each.

Next we paid a visit to a farm with a small cigar manufacturing business, Manolo Tobacco Farm, for a demonstration of cigar-making, and a chance to buy different kinds of cigars. All the cigars are rolled by hand and the men demonstrating the technique are also professional in engaging the audience. After rolling a cigar for us, the demonstrator lit it, showed how to smoke cigars and passed it round.

See this video of cigar making at Manolo Tobacco Farm, made by Franny’s Farmacy, two of the other people on my Organic Growers School Tour:

At this place I was dismayed to find a nasty toilet (not the first of this trip): no seat, no paper, no flush. The toilet tank was not connected to a water supply. The water at the sink was very slow, and even though a bucket was provided, filling it to flush the toilet seemed very challenging. How can a tourist attraction have such terrible toilets? Why are there not more composting toilets?

Cuba, at least in the northwest, suffers from a shortage of water, and ancient mainline plumbing that leaks a lot. When we arrived at the José Martí International Airport in Havana, an announcement came over the loudspeaker that the water supply had been temporarily shut off to the restrooms. Havana has a natural port, but no river drains into it. See Rivers in Cuba map to appreciate the unfortunate geography!

The Albear Aqueduct was constructed in Havana in 1858, in a neoclassical style and still supplies 20% of Havana’s water. A marvel of mid-19th century engineering, the water comes from the de Vento springs by gravity. This fresh water helped the city reduce the terrible cholera epidemics and earned a gold medal at the 1878 Paris Exposition