I recently learned some more about online weather tools for farmers from Eric and Joanna Reuter in Growing for Market. The National Weather Center Climate Prediction Center (CPC) has a wealth of useful info. From the “WPC 7-day QPF” map above (Weather Prediction Center 7 day quantitative precipitation forecast) I see we could get up to an inch of rain over the coming week in central Virginia. Other maps on the site show we can expect above normal temperatures and rainfall for the first week of January. (I’m saying rain, because with above normal temperatures, the precipitation won’t be snow.)

There are maps with forecast conditions for the next month, the next three months and even the whole of 2018, although of course the more intervening time means more chance of things changing before we get there.There is a detailed discussion explaining “La Niña conditions are present, with a transition to ENSO-neutral favored during January-March 2017.” The report was written in November, predicting weak La Nina conditions continuing through March 2017.

Winter offers a good opportunity to explore these tools and get familiar with them (the abbreviations and technical language do take a bit of getting used to). If I were to open this site in mid-summer when already very busy, I think I would struggle to sit still long enough to absorb the information. By figuring it out at the slow time of year, I’ll be more ready to dip in and take advantage of timely info in the main growing season.

If the embedding has worked out right, here is a “Climograph” for Louisa County, Virginia:

And if it didn’t embed, here’s the link: http://www.usclimatedata.com/climate/louisa/virginia/united-states/usva0445/2015/2

This week I also read an interesting article by Rebekah L Fraser in Growing magazine on the Push-Pull Method of pest control, which was developed in Kenya. In Kenya this method is used to protect crops from both invasive weeds and insect pests. Some plants can suppress others by selective allelopathy. Tick-trefoil not only suppresses some weeds but also repels pests, while conserving the soil in the process, and providing stock feed or green manure when cut. Plus, as a legume, the tick-trefoil fixes atmospheric nitrogen (which feeds the next crop) and reduces greenhouse gases (which helps save us all). This is the “push” half of the combination. Tick-trefoil interplanted with corn repels weeds and pests.

The “pull” half involves Napier grass as an attractive trap crop for corn borers. This trap crop is planted as a border around the corn patch. The female stem-borers are repelled by the tick-trefoil out of the corn to the border where they lay eggs on the Napier grass. It’s sticky exudates and sharp silica hairs kill the stem borer larvae when they hatch. Read more on www.push-pull.net .

It’s so heartening to read about organic sustainable ways farmers in sub-Saharan Africa are working to end hunger and poverty. And these principles can surely be applied to other crops in other regions. 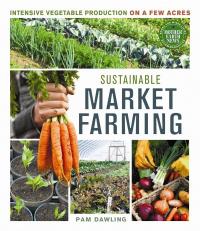