I’ve long had some misgivings about the almost religious fervor of some permaculturists, while at the same time appreciating their seriousness about sustainable land use. (In fact I have written for Permaculture North America, and I have friends who are Permaculturists.) My first impressions of Permaculture were that it was a combination of common sense farming practices gussied up with new labels, other ideas that seemed to me very impractical, and ideas that might work fine in the tropics but not so well in the rest of the world. But it seemed rude to say so publicly. Like picking a fight with allies when there are so many more important campaigns. And more recently I have met some gardeners and even farmers who apply the Permaculture ideas that work in their context, without becoming evangelical about it. I would love to read a practical book written by someone farming commercially, explaining how they apply some of the Permaculture ideas, and make a living. 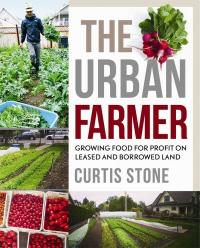 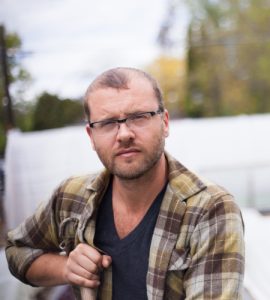 Curtis Stone (author of The Urban Farmer) has given all this consideration and has written an interesting, thoughtful article in his blog From the Field Friday.

Curtis describes how many people new to farming are a bit starry-eyed, and are (as he was) inspired by Permaculture ideas. In his experience, many of the promises of Permaculture don’t pan out, especially if you try to make them work on a commercial scale as opposed to a hobby, when it doesn’t matter how long a method takes, or how much money it costs.

He has identified five slogans of Permaculture he believes should disappear. He wants to save farmers from burning out while holding these unrealistic tenets. At the same time, he is not disrespecting any individual Permaculture teachers or students, authors or farmers. He just wants everyone to have realistic expectations and for commercial growers to use viable methods.

Permaculture aims to keep the topsoil in place, along with all its biodiversity, and grow food, following patterns in nature. This is a great approach. The problems come with some of the specific prescriptions. Curtis Stone labels five problematic cultural memes The Self-Sustaining Farm; The Lazy Gardener; Mulch Everything; Swale Everything; and No Pests!

The Forest Garden can work for someone with enough land, providing food for just a few people. There are fruits and nuts, some perennial vegetables, and annual vegetables between the trees. But in order for a food system to feed lots of people, we invented agriculture (which is not natural) to dependably produce quantities of food in an efficient (affordable) way. Most vegetables are annuals, not perennials, and that where the work is, and the bulk of our food. A lot of food can be produced efficiently from a relatively small area of land using annual crops. A Forest Garden is not going to feed the world, and it’s unfair to new farmers to tell them it will. It’s also untrue to suggest that forest, orchard and vineyard crops require almost no work once they are established. Growing food for lots of people is hard work, even when you apply smart methods.

This idea comes from Bill Mollison, suggesting you can plant crops and ignore them, and get good harvests. Planting potatoes by covering them with mulch rather than soil is one suggestion. Most of these “Lazy Gardener” ideas are not workable on a commercial scale. You can ignore weeds and use “lazy” methods if you are not earning your living from farming, or expecting to feed many people. It’s a lifestyle choice, not a career.

Straw mulch is very popular with some Permaculturists. It is used in thick layers to smother weeds. It also adds organic matter to the soil. Straw is the stems of small grains. It’s not bio-regional where I live, or where most of us live. If you don’t see fields of wheat, barley, oats, rye in your area, straw would have to be shipped in. It won’t be cheap. It’ll be more expensive if it’s organic. Curtis Stone points out that it is not really sustainable on a commercial scale to cover all the soil with straw. It also doesn’t work well for fast turn-over crops, where you want to plant a follow-on crop (to get most use of your land). Plus, it keeps the soil cool, which is not what you need for warm-season crops. While it can work for home gardeners to push aside mulch to plant two squash plants, it’s not practical for a 200 foot row of squash. (I always enjoyed Ruth Stout’s little books, but I wondered how she could afford all the straw.)

Swales are shallow ditches running along the contours, to catch and hold water – a lovely idea to conserve water resources. Constructing these on a farm scale is time-consuming. Navigating swales while growing rows or beds of annual crops is not very practical. Not all soils or all crops benefit from water retention. Curtis Stone claims he has heard of permaculture consultants putting in swales which led to too much water retention and then landslides! Nowadays Key-line plowing has made water-retention far more practical. But we shouldn’t all install water retention everywhere. The need will depend on the soil, the climate and the crop.

This slogan I have also taken issue with, myself. It’s the mistaken belief that if you garden or farm well, you won’t have any pests. It’s a “Blame the Victim” thing – if you have pests, you must be doing something wrong. I’m all for planting flowers to attract beneficial insects, and encouraging bees, good bugs and birds. But pests and diseases do still happen to good people! It’s important to work to prevent and avoid pests and diseases – but still, keep on scouting! You can’t safely assume you won’t get pests.

Curtis says that for him the oddest irony is the people in Permaculture who critique other farmers as if one problem is the root cause of all that goes wrong, while themselves believing that a particular permaculture idea applies always and everywhere, rather than being dependent on the wider context. This he calls “a monoculture of thinking”. Truly there is no one sustainable solution for all farming situations. It’s easier to have simple beliefs, but it doesn’t work. Every permaculture method is not going to work on every farm. We need to stay adaptable and flexible in our thinking, and respect and look for diversity in our approach. 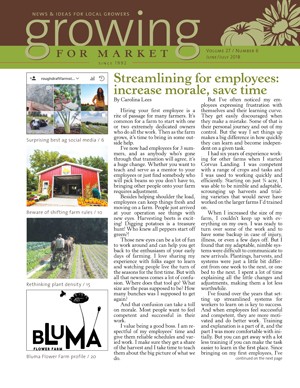 The June/July issue of Growing for Market magazine is out. The lead article, by Carolina Lees, is for farmers who are venturing into hiring employees. How to benefit from the help, absorb their enthusiasm, and also reduce confusion of crops, tools, harvest specs? How to balance teaching and doing? How to balance the desire for competence and success with compassion for learners? How to change from an idiosyncratic, spur of the moment decision-making to something that’s easier for others to predict and understand? As Carolina Lees says:

“You can get away with a lot less training if you can make the task easier to learn in the first place.”

Her suggestions include reducing the number of different varieties, labelling all beds clearly, having clear standards and measurements, having only one kind of watering wand and timer, only a few sizes and types of harvest container, having clear places where information is written and stored, using checklists, so workers can be more independent.

Jesse Frost writes about making effective use of social media to increase farm sales. You Tube and email might do better than Facebook. Paying to advertise on Facebook can be more effective than merely posting something. And remember that people want a personal connection, not a hard sell.

Jenny Quiner writes about her urban farmstand’s struggle with changing county regulations. This will be useful to anyone in a similar situation.

Ellen Polishuk has interviewed Joanna Letz of Bluma Flower Farm for this issue.

I have a post on the Mother Earth News Organic Gardening blog: 20 Benefits of Having a Hoophouse

If you have been wondering whether a hoophouse (high tunnel) would be worthwhile, this list of twenty reasons to have one can help you decide. The benefits include more and better crops, extended seasons, food self-reliance and a very pleasant work environment.

Don’t think of this as ending with bad news, think of it as saving your health. There is a new tick. The Longhorn Tick has now been found in West Virginia and Virginia, as well as New Jersey.

The longhorn tick is small and difficult to detect.  It is known to carry several diseases that can affect humans, as well as livestock, including some diseases that are not prevalent in the United States, but have affected people in Asia.

This species was first identified by the Animal and Plant Inspection Services of the U.S. Department of Agriculture in New Jersey in November 2017. The West Virginia State Department of Agriculture has confirmed the presence of the tick in West Virginia. The longhorn ticks were identified by samples collected from two separate farms in Hardy County WV, both of which are near the Virginia border.

The Virginia Department of Agriculture and Consumer Services confirmed the presence of the tick in Warren County in northern Virginia (on horses), and in Albemarle County on a calf. A list of common ticks found in Virginia can be found here.