Sorry for the delayed post. We lost our internet in the storm 5 days ago. Just got it back. Ah rural life!

Sow backup bulb onions 12/5 in the hoophouse, see Alliums for November. These will be transplanted outdoors March 1st or as soon after that as feasible. If this sowing is not needed for transplants, they can be used as scallions. Regular bulb onions are a biennial crop grown as an annual (Allium cepa var. cepa)

Egyptian onions, aka Top-setting onions, tree onions, walking onions, produce tiny red-purple bulbs in the umbel instead of flowers, and were previously named Allium cepa var. proliferum. According to Wikipedia, they are now known to be a hybrid of A. cepa and A. fistulosum. Divide clumps in Spring (March, April) and fall (late September to November, depending on your climate)

Potato onions and shallots (which develop in the ground) are Allium cepa var. aggregatum. Plant medium-sized (1½”-2″, 4-5 cm) potato onions in late November-early December in zone 7. See Alliums for September on planting the large ones. Save the small ones to plant in January, as they won’t survive the winter well in the ground. On the plus side, the small ones store really well indoors, unlike the large ones.

“The potato onion is closely related to the shallot. Like the walking onion they aren’t largely referenced until the 1790s when they gain popularity in English and American gardens. Shallots on the other hand, have been recorded in use for centuries and date back to Roman times. Southern Exposure’s yellow potato onion variety is an heirloom that dates back to prior to 1790. Both the potato and walking onions saw widespread use in colonial America. They were often easy to grow in conditions that were less than ideal and easy to keep year after year. Sadly these perennial onions fell out of favor during the 20th century. People chose to grow more seed onions as onion seeds and sets became more widely available.

Benefits of potato onions and shallots

Leaves of Egyptian onions and perennial leeks: Cut and use these September to April, as long as they are still green and in good shape.

Other Allium tasks for December

Free trapped garlic shoots. Watch your mulched garlic beds and when the shoots start to emerge, choose the moment to free any trapped shoots, by working along the rows, investigating each spot where you expect a garlic plant to be, but see nothing. Your goal is simply to let the shoot see the daylight. Then it will right itself. Don’t reveal any bare soil, as that will grow weeds (and let colder winter air at the garlic.) Don’t over-work this – as soon as any part of a shoot is visible, leave that plant alone, and move on to the thousands of others. It isn’t necessary to make all the leaves visible, or to clear around the whole plant.

Choosing the right time might be tricky. I used to say when half or more of the shoots are visible, but one year we were having a crop disaster, and we waited too long – we were never going to have half visible. Usually, most of them emerge at the same time.

Eat onions and garlic from storage, and if you harvested little bulbils from Egyptian onions in September, you can use them during the winter. They store well.

“If divided and left to grow for 9-12 months, perennial leeks really make decent-sized leeks you harvest in October [or so]. This gives you something more like the early traditional leeks plus an assortment of smaller leeks to divide and let grow. [If you are] starting with only a few it’s best to just divide and grow larger for at least a year to get up to a decent quantity and size.”

In June, July and early August some people use larger bulbils in mixed pickles.

Perennial leeks will be dry bulbs in August and can be re-spaced between August and November into a larger planting for next year.

‘Tis the season – after the relaxation of the holidays – time for garden planning. Inventory your seeds left from last year, peruse the catalogs and prepare your seed orders. The earlier you get them in, the more likely you are to get the varieties you want, before anything is sold out.

I notice that readers of my blog have been looking up the Twin Oaks Garden Calendar,  also known as The Complete Twin Oaks Garden Task List Month-by-Month. You can search the category Garden Task List for the Month, or you can click on the linked name of the month you want. At the end you can click on “Bookmark the Permalink” if you might want to refer to this in future. Remember, we’re in central Virginia, winter-hardiness zone 7a. Adjust for your own climate. 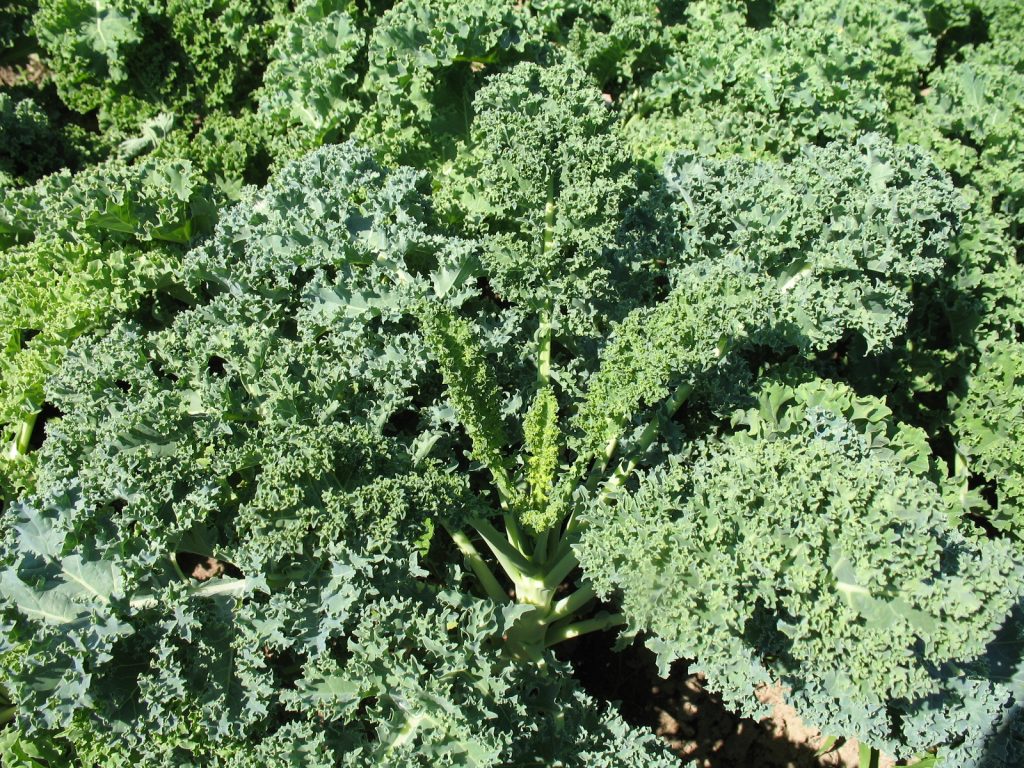 Meanwhile, despite the turn to cold weather, we are not huddled indoors all the time. Each day, one or two of us sally forth to harvest enough vegetables to feed the hundred people here at Twin Oaks Community. Outdoors, in the raised bed area, we have winter leeks, Vates kale, spinach and senposai. We could have had collards but we lost the seeds during the sowing period, so we have lots of senposai instead. Senposai leaves (the core of the plant may survive 10F), are hardy down to about 12F. I noticed some got a bit droopy when we had a night at 15F. Collards  are hardier – Morris Heading (the variety we grow) can survive at least one night at 10F.

Pak Choy and Chinese cabbage heads are filling out, ready for harvest in January.

Tokyo Bekana, a non-heading Asian green,  has large tender leaves, which we are adding to salad mixes. It can be used as a cooking green, but only needs very light cooking. It will bolt soon, so we are harvesting that vigorously, not trying to save it for later.

The kale and senposai in the hoophouse are being saved for when their outdoor counterparts are inaccessible due to bad weather. The spinach is added to salad mixes, or harvested for cooking when outdoors is too unpleasant, or growth slows down too much.

Another kind of planning I’m doing right now is scheduling my speaking events for the coming year and practicing my presentations. Last week I updated my Events page, and this week I’m adding a new event: The September 21-22 Heritage Harvest Festival.

I might pick up a couple of events in late April and early June, but that’s just speculation at this point.

Right now I need to practice for the CASA Future Harvest Conference January 11-13. Cold-hardy Winter Vegetables and a 10-minute “Lightning Session” on using graphs to plan succession plantings for continuous harvest. Click the link or my Events page for more on this.